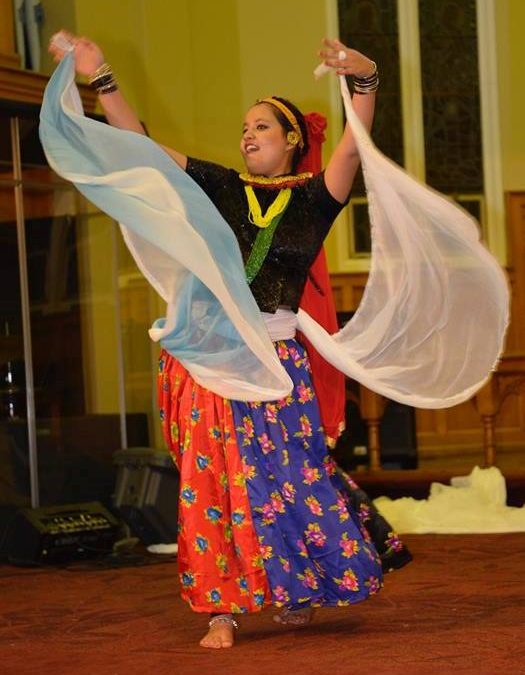 We attended INF’s ‘Experience Nepal’ event on Saturday night. It was lovely. Our old friends were there and we sang Nepali worship songs and we heard stories from the field and we ate lots of dal bhat. At some point in the evening, we realised we’d been attending INF events in Sydney for 24 years.

The first time we attended one, it was 1992 and we were young and keen and newly married… and excited about serving in Nepal with INF. We couldn’t wait to get there. Even the plane journey was too slow! We spent six months in India and then three years in Nepal (working and loving and learning and giving birth to our first son), and then we returned to Australia and attended the next INF event in Sydney.

But by then, we weren’t overly keen or excited. We’d loved our time in Nepal, but since returning to Australia, we’d struggled through five miscarriages and the doctors advised us to stay in Australia. It was so hard. We’d left our belongings and work and life in Nepal. At the INF event, we spent time with Jean Raddon and told her our struggles. Jean had served in Nepal for many years and she was the wisest person we knew. After a while, she said, “You know, there may be a longer perspective here. God may be doing something that you can’t see. He may have a time for you to return to in Nepal, in the future, which is good, but for now, it might be right to stay in Australia and finish your family… because none of us know what’s coming.” We listened to Jean and we breathed out and we stayed in Australia for seven years. It was the right decision at the time, although it didn’t get easier straight away. In 1999, Darren was diagnosed with a life-threatening heart condition and he needed three major heart operations and while he was in hospital having one of them, my dad broke his back in a rock climbing accident. Jean was right… None of us know what’s coming.

But then, over the next few years, we were able to have two more sons and we returned to Nepal in 2003, for another three years, living in Dhulikhel and training Nepali physios and home schooling our three boys. In 2006, we returned to Australia again and we began attending INF events again, and we spent time speaking about Nepal, and writing about Nepal, and we took short trips back to Nepal, and we even took on postgrad Nepali physio students (that’s Darren, not me!)… and it goes on. It’s been amazing, looking back.

But in the middle of it, we couldn’t see anything at all… which is why it was so hard.

On Saturday night, I happened to spend time talking with a younger couple who had returned temporarily to Australia after ten months in Nepal with INF. Their return wasn’t planned. It wasn’t what they wanted. They’ve had visa problems and family illness and grief. It feels hard to understand.

I listened to their story and I understood them, more than they knew. I said yes. And I wanted to say to them (and me) that there may be a longer perspective.

“All the days ordained for me were written in your book before one of them came to be.” (Psalm 139:16)