Naomi grew up on a quarter acre block in Sydney, with one brother, one dog, two cats, four hens, nine ducks and a turtle. One day at high school, a friend invited her to the Christian group, and she went along, hearing about the Lord Jesus for the first time. The Gospel seemed astounding to her then and has continued to do so, ever since. At school, she also met her future husband, Darren, and they studied physiotherapy together and worked in Sydney hospitals before leaving Australia in 1993 to serve in Nepal, with the International Nepal Fellowship.

Six of the next thirteen years were spent in Nepal, with Darren working at the local regional hospital and Naomi at Green Pastures Leprosy Hospital. They both loved their local Nepali church community, and during their third monsoon, their first son was born. By their second term, in 2003, Darren was training Nepali physiotherapists at Dhulikhel Medical Institute and Naomi was home-schooling their three sons on a Himalayan ridge. It was delightful to inspect red bugs and draw maps of the world, but there were also challenges to do with civil war, rain and curfews. At one point, fearing she might not make it through another 120 days of rain, Naomi began to write. The months of typing helped her to see God’s purposes through different seasons and, somewhat surprisingly, became her first book, ‘My Seventh Monsoon’. Back in Australia, ‘My Seventh Monsoon’ was warmly received and Naomi continued writing – firstly the sequel, ‘No Ordinary View’ (which won the ACBOY award, 2009) and ‘Over My Shoulder’ – a look at the impact of personality on cross-cultural mission. 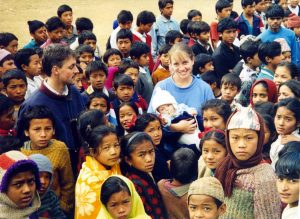 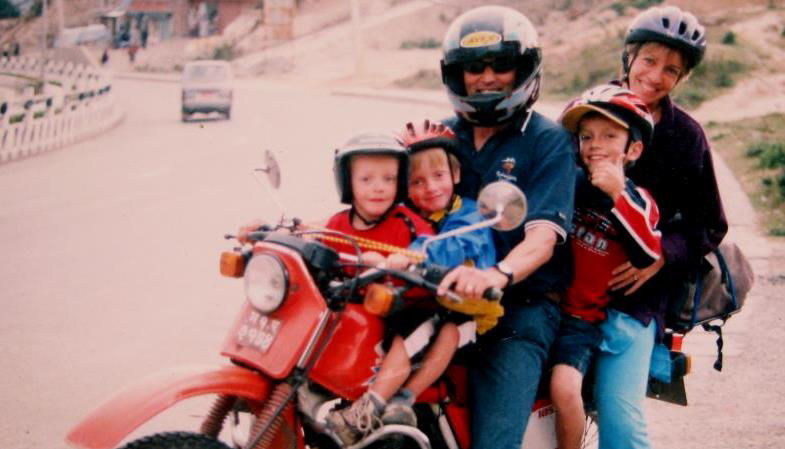 Still enjoying first-person narrative, Naomi turned her love of words to the creation of Biblical monologues, using the voices of women. A year later, ‘The Promise’ was released and its audio version followed as a 7 CD set. Naomi now regularly performs these monologues in churches and larger conventions. In 2011, Naomi completed the third book in the original trilogy, ‘Heading Home’ as well as finished her Grad Cert Divinity (SMBC). In 2013, Naomi began running day conferences in the art of storytelling. Then in 2014, she developed, ‘The Zookeeper’ – a gospel presentation for all ages using story, music and puppets. To find out more, click here.

During 2013 and 2014, Naomi also worked on a book commissioned by Interserve, aiming to tell stories of faith and mission in Asia and the Arab world, through the voices of Interserve partners. The book, known as, ‘The Plum Tree in the Desert’ was released in June 2015, by Authentic Media. Following this Naomi was privileged to write ‘Finding Faith: inspiring conversion stories from around the world.’ This was released by Authentic Media in July 2018. During the same year, Naomi worked on ‘The Conductor’, a companion book to ‘The Zookeeper’, released in 2019. Since then, Naomi has been working on a daily devotional book that aims to capture the sweep of the Bible from Genesis to Revelation. This is due for release in July 2020.